Baz Luhrmann instinctively felt like the wrong man to direct The Great Gatsby but there was always something about the combination that made you really hope it would come off. His films, like Gatsby’s parties, are gaudy, vivacious extravagances, alluring because of their grandiosity and nothing more, sensory illusions designed to conceal the fragility of the visions behind them. Perhaps inevitably, the result is an ostentatious, almost flagrant adaptation that is consistently entertaining but only ever half works, and leaves you wondering what might have been. 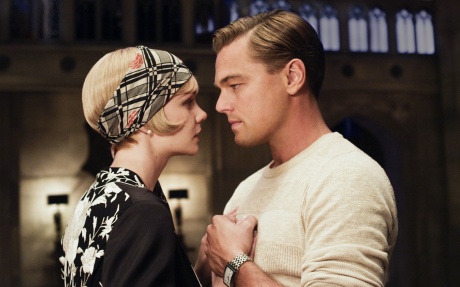 Luhrmann’s excess is glaring from the outset, as we are thrust into a mansion overloaded with gratuitous 3D effects and countless waiters in tuxedos walking simultaneously through French windows. As the characters move out into New York, it is a garish, digital jungle, full of loud, ornate vehicles, shimmering surfaces and unnecessary camera swoops. It is not so much a city where anything could happen, but a city where everything is happening, all at once, and it seems to be giving you a headache.

The parties look like set pieces from a big-budget musical, too glitzy and unreal, even for Gatsby, an amalgamation of elements from innumerable other parties but, despite the costumes, they do not come close to resembling anything the Fitzgeralds would have attended. The Jay-Z-produced soundtrack is inspired and injects energy into scenes that would have otherwise struggled to come alive. It is innovative, exciting and ultimately the only contentious point of departure from the novel that genuinely succeeds.

Once the flashy effects are out of the way and the focus shifts from the setting to the characters, the film really grows into itself and starts to hint at the depth that the story requires. Leonardo DiCaprio is perfect as Gatsby, striking the right balance between portraying the monumental myth and the flawed, vulnerable man behind it. The object of his obsessive dream is the careless, cynical Daisy Buchanan (Carey Mulligan), who is bored by her wealthy husband Tom (Joel Edgerton) and his ongoing affair with a woman in the city. Mulligan, with her tragi-glamorous look, always effortlessly carries off this kind of role, while Edgerton gives a strong, oddly sympathetic performance as the crude, boorish Tom.

Like the novel, the film is narrated by Daisy’s cousin, Nick Carraway (Tobey Maguire), although his character is placed in a sanatorium where he is receiving treatment for alcoholism and depression, which presumably developed as a result of the events that take place. You have to feel for Maguire – his character is poorly written – but he gives a strange performance and looks completely out of place as he contemplates everything that is going on around him. Deliberately confusing narrator and author, Luhrmann has Nick write the novel as a form of therapy and some of the more choice phrases drift across the screen in typewritten font. It’s a clumsy device, unnecessary and false, which makes it seem as though the whole point of The Great Gatsby was the writing of the novel itself. 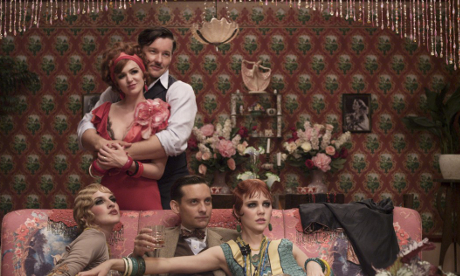 Aside from that, the adaptation is faithful in terms of plot, as it builds up to the catastrophic conclusion that sees every relationship in the film shattered irrevocably. The climactic scene is superbly done, without any disproportionate effects; the showdown between Gatsby and Tom is accomplished purely through words and emotion. Gatsby and Daisy’s initial meeting is another fine scene, taking place against the backdrop of Nick’s ludicrously flower-stuffed cottage, the slapstick elements enhancing the awkward emotion involved.

Luhrmann’s Gatsby is ultimately a love story, at its best when it focuses on the sweeping romance at the foundation of its protagonist’s fantastic dream. The bombastic style is only ever faintly ridiculous, distracting from several excellent performances and the invigorating score. It is clear that no detailed reading of the novel has taken place; the story is stripped of any subtlety and much of its depth. Some scenes are poorly misjudged, particularly the ending, which shows not a dream fading like a wisp of smoke but love and glory consecrated eternally by death. It is a film that is easier to criticise than praise, seeming as it does to revel in its own downfall. But actually, it’s not bad at all once you get into it, just not great.